"Down on the college campus at Palo Alto in the middle nineties an inter-class rush was held.

On the side lines stood a youth, a member of the class of ’97, with a small vest pocket Kodak.

It had cost him $5 and it took a picture 1 ½ by 3 inches in dimensions. The young amateur had a pretty busy time of it taking snapshots and changing film rolls. When the rush was over and bruises were being counted the student began developing his films. He found that he had secured a set of sixty-four snapshots of all sorts, every one of them good. There was a big demand for those pictures among the other students and the enterprising Kodak sharp sold over $100 worth of the snapshots all printed by his own hand." 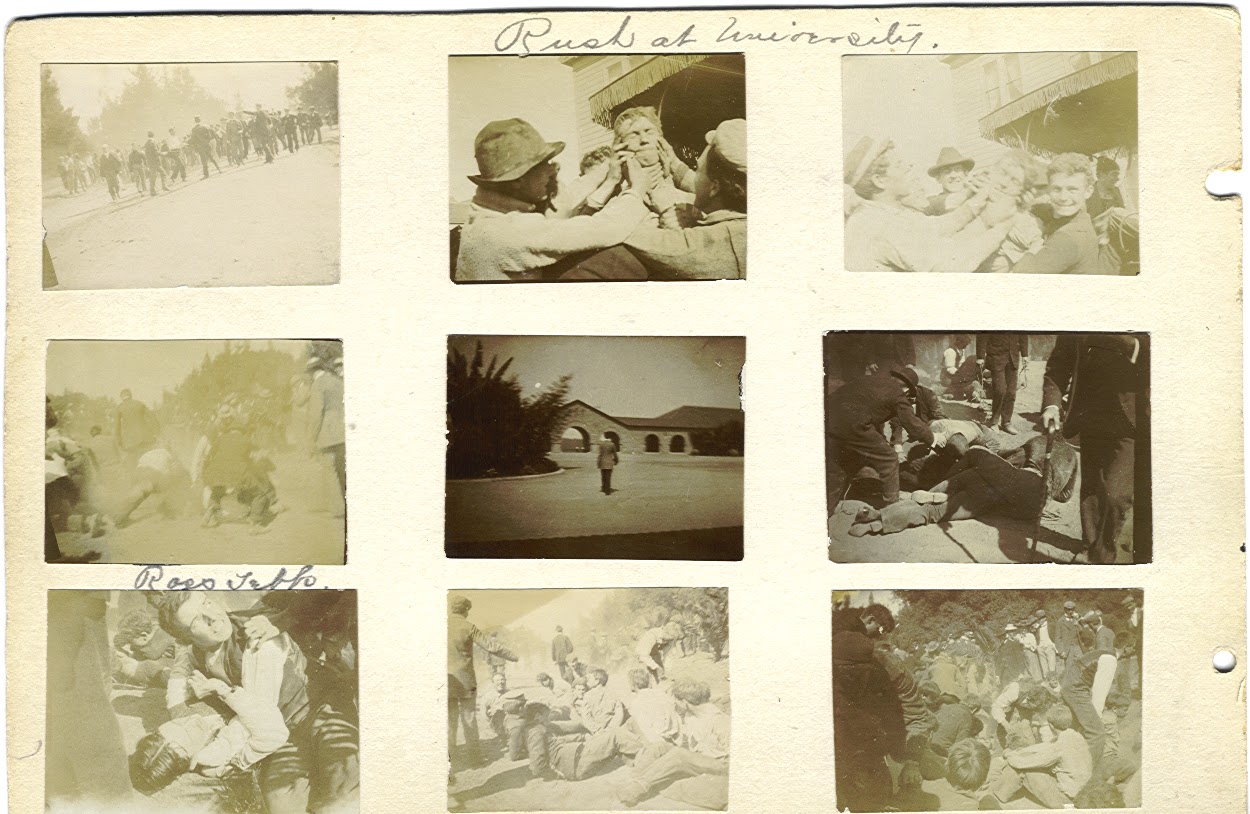